In the hope of a brightening day, a large group gathered at Rua Red at 11am. The boulder no longer sits outside. The pieces of the last third wait inside in a crate to be carried to the mountain. We loaded up and were joined at the last minute by a group who arrived from the city on the Luas. Strangers greeted each other, and we left in a babble of conversation.

As we made our way from the city, the hills cast off their cloud shroud. Our numbers swelled at the reservoir car park. Our Dublin Mountain Partnership Rangers counted sixty through the gate.

Bursts of fresh green contrasted with still leafless woods. Deer were sighted in the trees near the path. The water was low in the lower reservoir. The water was high in the higher reservoir. It flooded over the bank into the channel. The sun found its way through the clouds and cast shadows of the walkers. We saw new foals with their mothers.

At the lone tree we came across the rock left last time when the snow prevented us from bringing it to the top. Heroic souls took on the extra weight to complete the task of March.

Mist shrouded Kippure as we reached the Cairn. A cold wind blew across us. Uilleann piping greeted the procession of walkers placing their rocks on the Cairn. Piper Eamonn Walsh played on bravely. His music gave good cheer and inspiration as we ate a hurried lunch, backs to the wind.

At the bog gate we met with National Park Ranger, who described how the Cairn might be used by birds of prey in the future. Ranger Paul pointed out Fionn MacCumhail’s rock nearby. Heading down the valley we saw a sheepdog herdng geese, then sheep, a donkey and a horse. Local farmer Donie Anderson was giving an impressive sheepdog demonstration for the passing walkers.

At the reservoirs the light and shadow played across the water as the sun fought its way back for the return to the city.

The next Rock to the Top walk is on Saturday 12 May 2018. Join in and be part of building the Cairn. 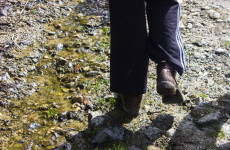 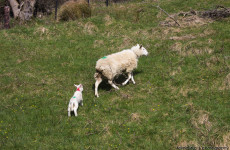 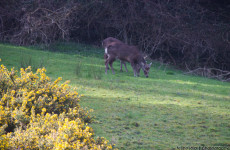 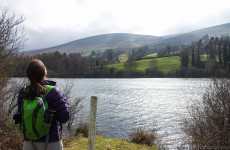 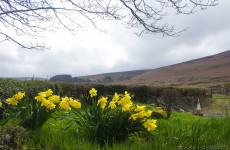 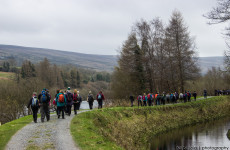