The Rock to the Top photo exhibition was launched by the Mayor of South Dublin County Council on Saturday 29 September at Rua Red in Tallaght. A short video of the project, by Ciarán Taylor, was premiered at the launch. The exhibition, which features photography by Felipe Jóia, is free to visit and runs until Saturday 20 October 2018.

Inspired by the feat of Oisín, back from Tír na nÓg, who threw a boulder up the valley near Tallaght with one hand, Rock to the Top challenged the people of South Dublin to recreate this mythic feat by bringing a boulder up to the mountains, by hand, over the course of a year. Between June 2017 and June 2018 over four hundred people helped to carry a granite boulder on foot from Rua Red in Tallaght, to build a cairn at the top of Glenasmole valley 12 kilometres away.

Each monthly walk featured a performance or event linked to the place and the seasons. This exhibition gives a flavour of the journeys over four seasons between the city and mountains.

About Rock to the Top

Beginning with a send-off celebration in June 2017, the public art project was about walking and talking, connecting city with mountains, and people with each other. On each walk, led by Ciarán Taylor, participants met with local experts, musicians, storytellers and farmers, taking part in small events to mark the seasons.

Throughout the year walkers learnt about the plants and trees along the way, ate locally grown produce and, on one walk, were even given onions from the mountains to plant at home. Animals also had their place as part of the walks, from learning about the return of the native red squirrel and how birds of prey might use the cairn in future, to farmer Donie Anderson’s sheepdog Jess joining in with local songs and encounters with the descendants of Oisín's white horse.

After the storms of spring 2018, the cairn grew substantially from the loads delivered, and the final rocks were added a year after the start of the project, in June 2018. It now sits among the great ancient cairns of the surrounding summits. Hundreds have joined together to make this journey, linking city to mountains across the cycle of seasons. The seasons will keep turning and many more will make the journey to look back down the valley of Glenasmole to the city below. 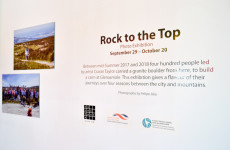 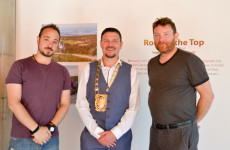 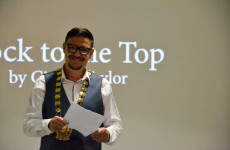 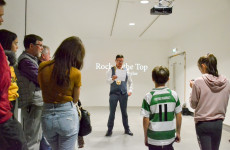 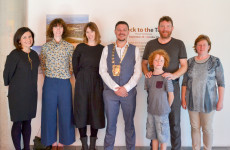 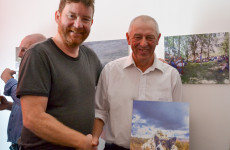 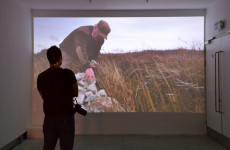 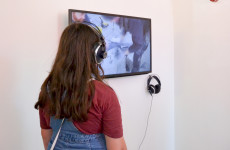 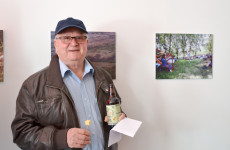 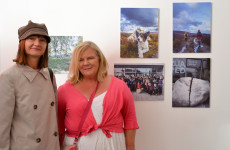 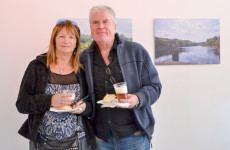 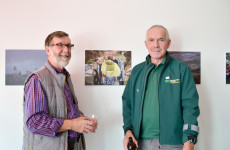 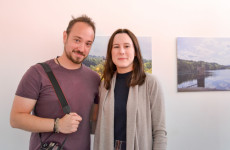 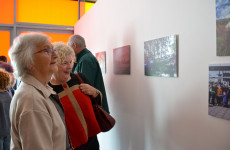