The choral clouds gathered and all across South Dublin County citizens readied themselves for adventure.

Forty eight brave citizens signed up to CLAMOUR & ROAR – A Citizens’ Chorus, an exciting theatre project that explored the landscape and people of South Dublin County. They took on the challenge of working with playwright/director, Veronica Coburn, and composer/choir director, Debra Salem to create a new spoken & sung choral work that was performed in The Civic Theatre’s Main Space in May 2019.

Saturday 15 September was the first official meeting of the chorus. It was the first of many Saturdays filled with fun and laughter and song. The Citizens’ Chorus is underpinned by a belief in the positive power of play. Veronica Coburn, its lead artist, believes that art is adult play. Just as children learn about the world through play we as adults can come to understand our existence and the wider world through artistic play. Our raw materials are words, and stories, and notes, and songs. Citizen chorus workshops were facilitated to generate material that informed the writing of Clamour & Roar. The final text and performance explored our citizens’ lives as they are lived under the watchful gaze of South Dublin’s steadfast mountains, in the intersection of ancient pathways and high pressured motorways, and in the comfort of community spirit amidst urban sprawl. The ethos of the work room was collaborative and encouraging. Nobody was asked to do anything they are uncomfortable in doing. Everybody, however, will be empowered to do more than they imagined.

How Clamour & Roar is giving local people the confidence to sing 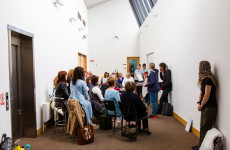 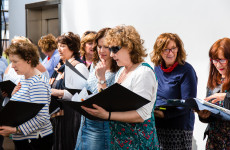 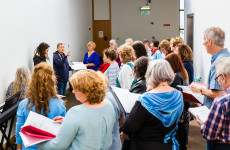 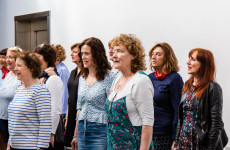 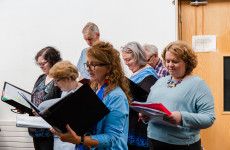 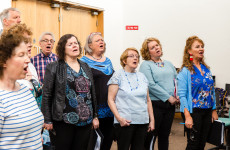 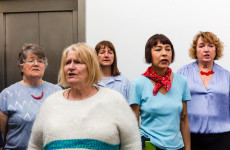 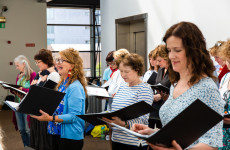 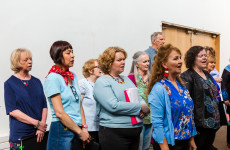 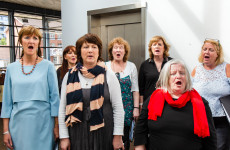 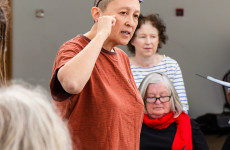 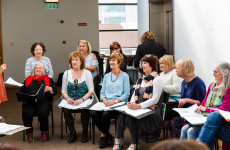 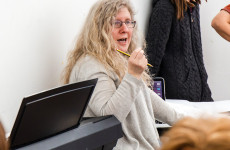 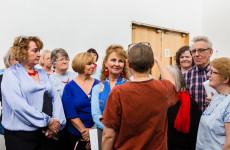 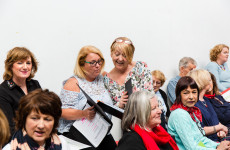 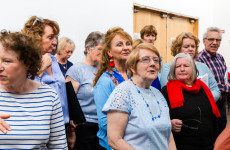 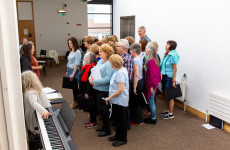 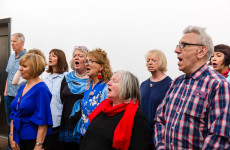 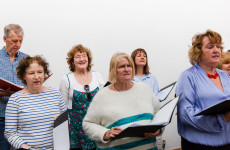 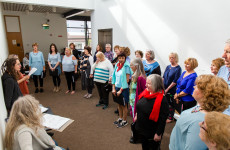 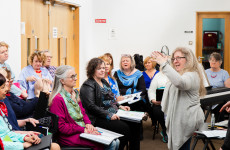 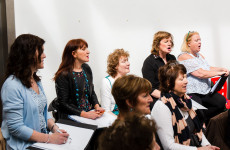 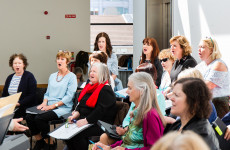 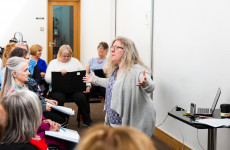 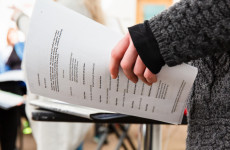 Veronica Coburn is a playwright and theatre director who loves to work with people from all walks of life. Veronica runs TENDERFOOT, The Civic Theatre’s apprentice theatre programme for transition year students. The guiding principle of Tenderfoot is that young people have the ability and the need to produce theatre and that theatre has a profound meaning for a peer audience. As artist in residence in Draíocht Arts Centre she developed Hallelujah! Draíocht’s Community Clown Choir which worked over three years to develop skill in both the art of clown and the art of song. Hallelujah! culminated in a full length red nose theatre piece, Ship of Fools, inspired by Alessandro Barrico’s Novecento. As a playwright she has won the Prix Europa Radio France for her play MAYDAY for RTE Radio Drama. She has also been awarded Gold Medal Status for her play TWENTYSEVEN also for RTE Radio Drama. Most recently, Veronica won The Irish Playwright Guild’s Zebbie Award for Best Radio Drama for her play Kinsey One Through Five. Veronica is currently Artistic Director of HOME THEATRE (Ireland), an innovative project in Draíocht Arts Centre which will see 30 original plays in 30 homes across Dublin 15 for Dublin Theatre Festival 2018.

Debra Salem has been composing since 1989 and has over 80 professional commissions for theatre, dance, film and TV to her credit. Her most recent theatre work was Unfaithful by Owen McCafferty in The Traverse. She also conceived and presented In A Sma Room as part of Made In Scotland Edinburgh Festival 2014, a cycle of fifteen songs with piano, guitar & cello presented in a theatrical frame. Each song is a poem by Perth poet William Soutar set to original music. Debra is currently recording an album of the songs from In A Sma Room. Debra studied Music at Leicester Polytechnic, specialising in composition under head of department, British contemporary composer Gavin Bryars. In recent years her musical work has focused on work with choral ensembles, arranging pieces for large ensembles and a range of unaccompanied community choirs. Some of her projects include THE BIG SING and Only Boys Allowed, both for Perth Concert Hall. Debra’s belief is that everyone can sing and that there is a joy and a power in communal singing. She has a rare ability to empower people who identify as non-singers.

SUBTOPIAN BALLAD sought to document and to capture the pulse of South Dublin County in order to illustrate the context for the IN CONTEXT 4 - IN OUR TIME programme.

Public feeling by Sarah Browne is an artwork about health and austerity shaped by fitness choreography.

Led by writer Nathan O’Donnell, The Mill is inspired by the Clondalkin Paper Mill and the legacy of the 1980s’ strikes there.